Make money whilst you sleep with our helping hand

Home boarding – what is it?

Home boarding is defined as the carrying on of a business at a premises of any nature (including a private dwelling) and providing accommodation for other people’s dogs. It covers overnight boarding and as well as day crèche facilities.

Providing home boarding is just one piece of the jigsaw. Day-care and dog walking go hand in hand with this service offering. They are important and complementary services and income generators.

It is a criminal offence to provide home boarding of dogs for monetary gain without a licence.

Home boarders come in all shapes and sizes, from taking in just a dog or two, sometimes working with a franchise owner, and providing ‘pet sitting’ services on a casual basis (less than a £1,000/year). But increasingly, home boarders are licensed in their own right, following recent changes in the laws and regulations, making it a criminal offence to provide such services for financial gain without a licence and insurance. It is quite common for a home boarder to be licensed for 5-10 dogs including their own. We even know one home boarder who is licensed for 16 dogs.

Don’t forget, there are lots of small and medium sized dogs, where owners don’t want to use kennels, preferring a family’s personal love and attention. So, don’t think of your house filled with giant-sized Mastiffs and St Bernards. 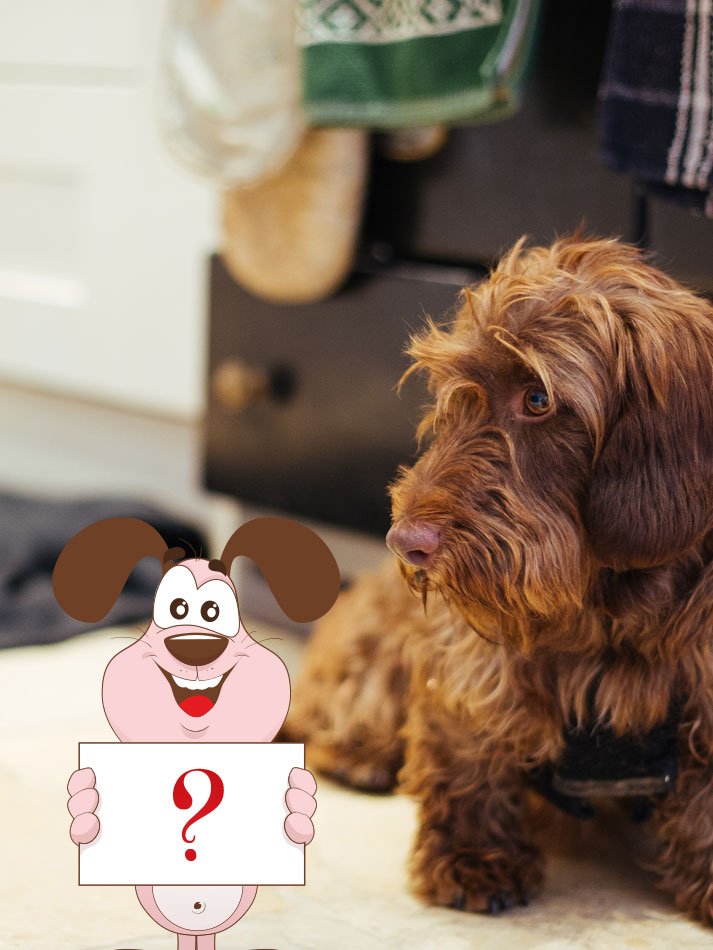 With 25% of UK households having a dog, home boarding for dogs is an essential service for dog owners, covering them and their pets for working days away, holidays and weekend breaks.

For many, home boarding and day-care is a comfortable way of enjoying the regular company of a dog or two whilst being rewarded for the pleasure.

For others, home boarding is a full-time job, providing independence and flexibility around the family, dispensing with time consuming commutes and providing the opportunity to work when you want. In practice, home boarding can prove a very sustainable and rewarding business model for those so disposed.

MyWaggyTails will inexpensively help you establish your own successful home boarding business with the minimum of effort and risk by yourself.

A home boarding and day-care business comes in a variety of shapes and sizes, meeting the varying needs of the homeowner. Candidly, a home boarding franchise will only make sense for someone with a minimum size threshold and income dependency. Typically this will be for a home owner with the potential licence capacity greater than 5 dogs.

With home boarding becoming more and more popular in recent years the licensing has been adapted in order to regulate this service and the majority of locations in the UK now require home boarders to obtain a license to provide this service, for financial gain.


In England, the 2018 Regulations for home boarders of dogs, placed many obligations on the service provider to be compliant. ‘Home boarding’ dogs must be accommodated within the home. 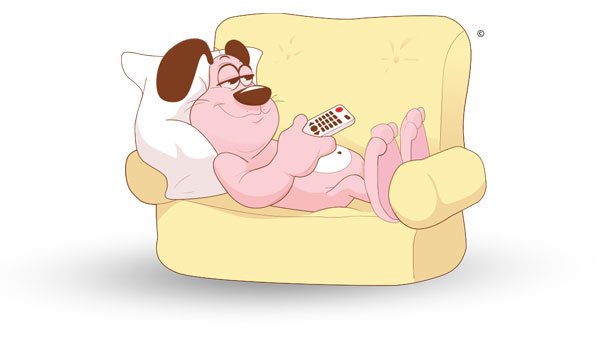 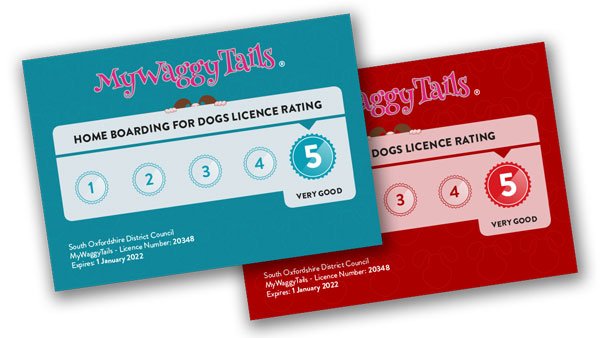 A home dog boarding licence will cover the safety and security of the premises, indoors and outdoors, as well as the provision of paperwork, keeping a register of dogs boarding, the information gathered at the booking (vaccinations, microchip number), ages of any children at the premises, the insurance of the boarder & their experience with dogs – these are the most important aspects.

The home must include direct access to a private, non-communal, secure and hazard-free external area, and at least two secure physical barriers between any dog and any entrance to or exit from it. Dogs from different households may only be boarded at the same time with the written consent of every owner and each dog must be provided with its own designated room where it can, if necessary, be kept separate from other dogs.

Each dog must have a clean, comfortable and warm area within its own designated room (if required) where it can rest and sleep and each designated room must have a secure window to the outside that can be opened and closed as necessary. And that’s just for starters.

It sounds initially daunting, but don’t worry, our experience will help you make this a rewarding reality.

How to get started

You can do it all yourself. But we think there’s a better way, let us help you.

What is a franchise?

Franchising is a business model. It provides an opportunity that allows the franchisee (possibly you) to start your own business by buying a license and legally using someone else’s (the franchisor’s) brand, expertise, marketing ideas, and processes. Most McDonalds and Subway branches are franchises. 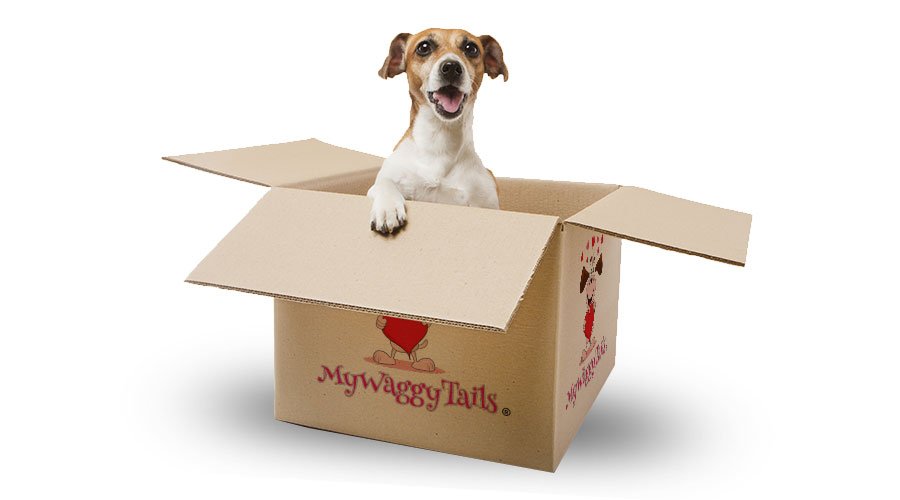 Home boarding in a ‘box’

In essence, MyWaggyTails provides you with a ‘business in a box’, helping you to get your home boarding business up and running quickly. It’s based on a proven business model which reduces the risks of you wasting money and time doing the wrong things, and it comes at a very sensible price.

A MyWaggyTails home boarding franchise business is fully insured and built around high standards and best practice but we still leave room for flexibility and your personal touch.

Plus, we offer business and marketing support services too. Such services include:

What benefits does a MyWaggyTails home boarding franchise provide?

The support we give

Our support is invaluable when setting up your franchise. We’ll sit down with you and understand your early thinking and plans, sharing our experience, inputting where appropriate and guiding you through the potential maze. We’ll assist on your business plan, guide you through the licensing process, help you prepare the necessary documentation, policies and processes. We’ll assist in the necessary training, your operational process and marketing plan and its roll out, until you feel comfortable and confident enough to take complete control. 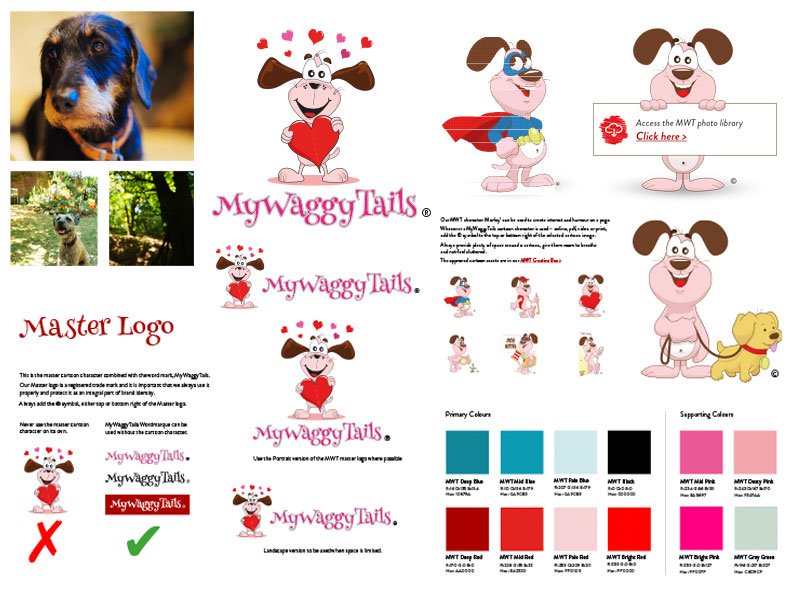 Licence to use our trademarked logo, branding, materials and templates 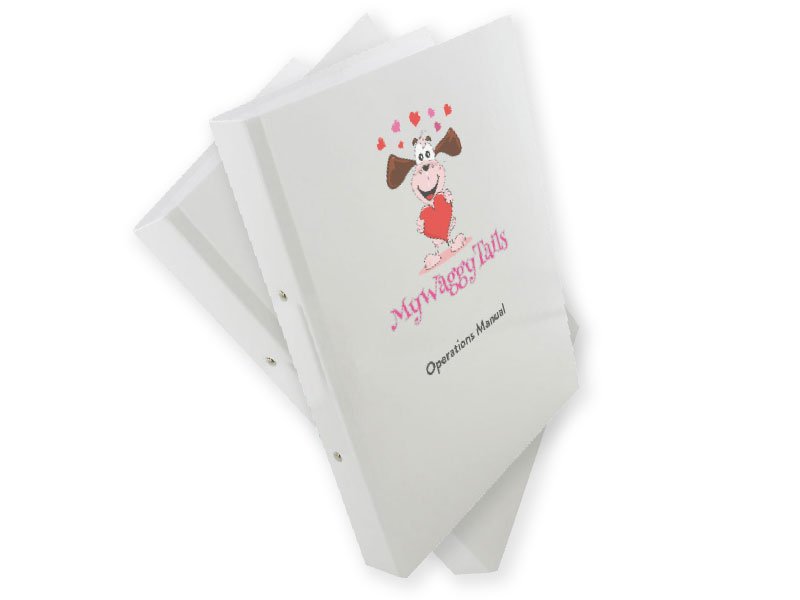 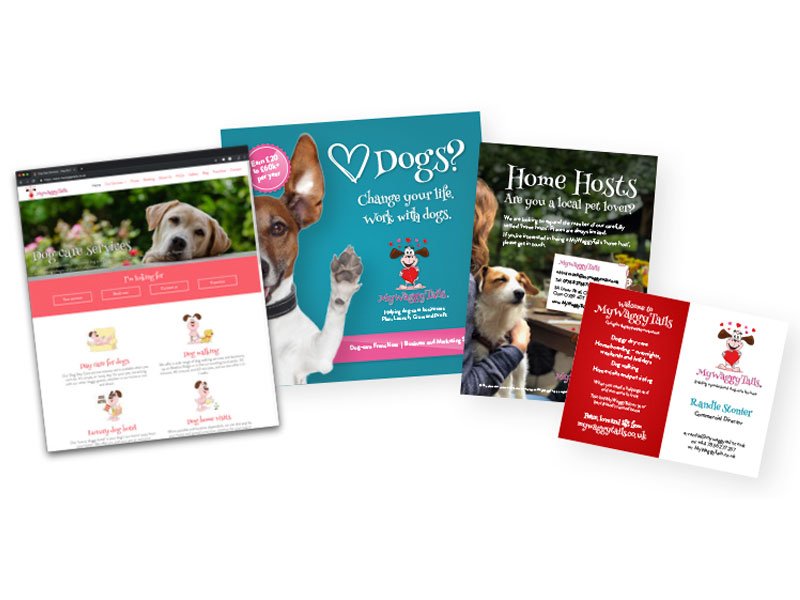 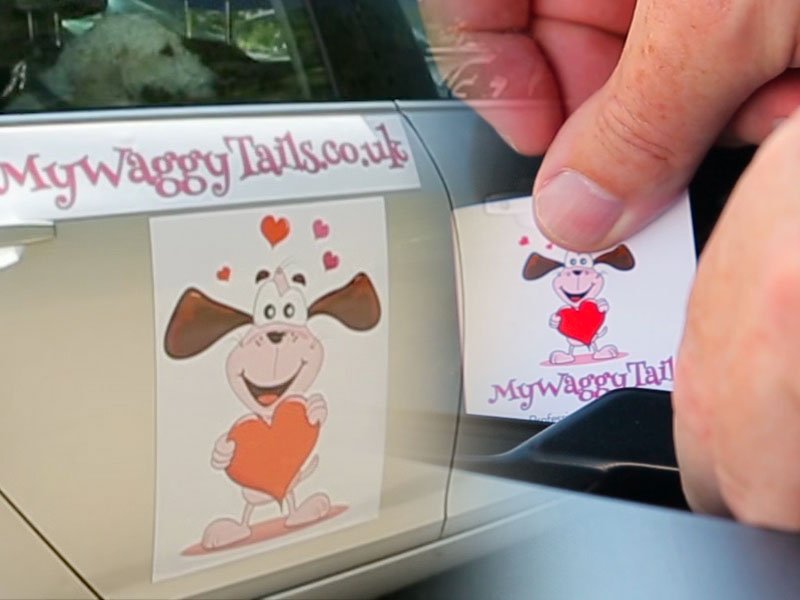 Location Assistance
We will give you advice on selecting the right location, and guidance on issues such as rent viability, lease agreements, licensing and planning challenges and annual fees.

Fit-Out
We will guide you through the regulatory requirements and design layouts, including options for equipment to help build your business with trusted suppliers and sources.

Insurances
We’ll guide you through the necessary dog and business-related insurances.

Marketing Assistance
We will provide a tailored marketing plan, including initial launch for your new business that covers your services and incorporates local area marketing, PR, social media activity, online marketing, a bespoke microsite on our MyWaggyTails website, key marketing materials and much more.

Operations Training
We will provide training and documentation that will cover all aspects of the operation of the business. A mandatory part of your franchise training includes: 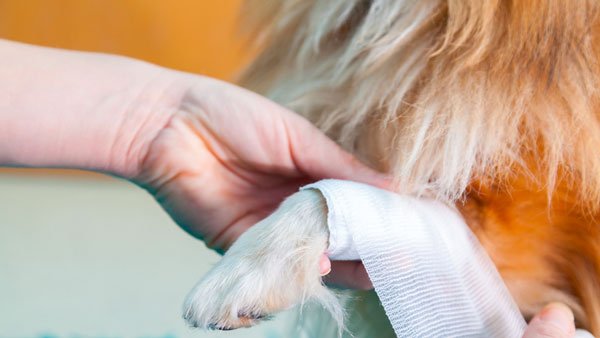 A mandatory part of our franchise is that a partner principal must attend (and pass) their accredited Canine First Aid Training course. The courses are always fun, enjoyable and very informative so you have all the information and skills needed to save a dog’s life! There are lots of practical hands on participation so that you know how to perform all the vital elements to save a man’s and woman’s best friend! 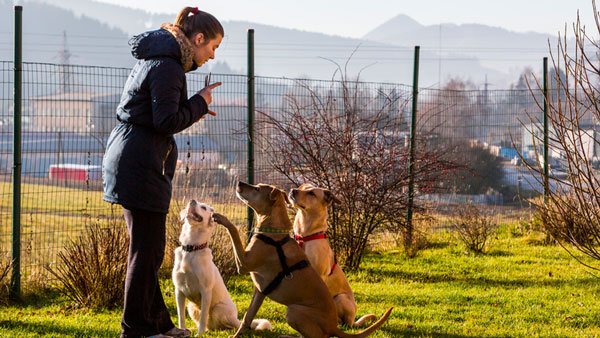 This mandatory 2 month correspondence course is designed to satisfy the new licensing requirements for those wishing to achieve the Higher Standard set out in the Animal Welfare Licensing guideline.

The course is made up of two units, Canine Welfare and Canine Care. Each Unit requires approximately 30 hours of study. The course totals 60 hours of study, the guideline is 7.5 hours per week study time to complete the course within 2 months, however, the course may be completed sooner.

Exclusive territory
As a franchisee, you buy the right to develop your business in a defined geographical area, with a guarantee that there will be no MyWaggyTails competitor in your agreed proximity

MyWaggyTails is committed to your success. 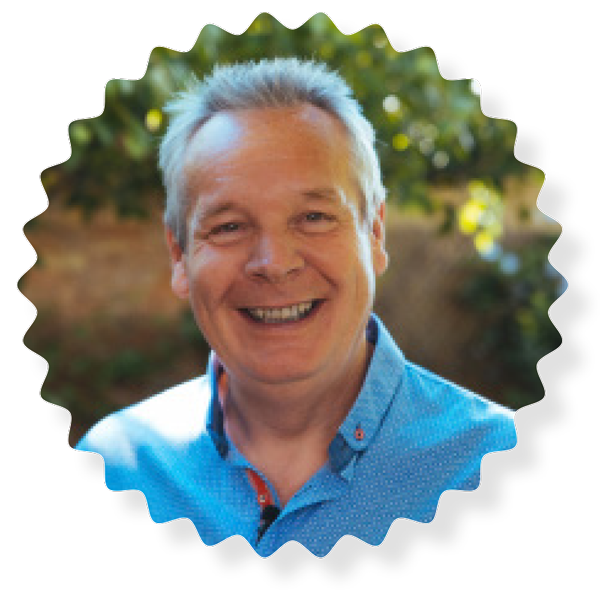 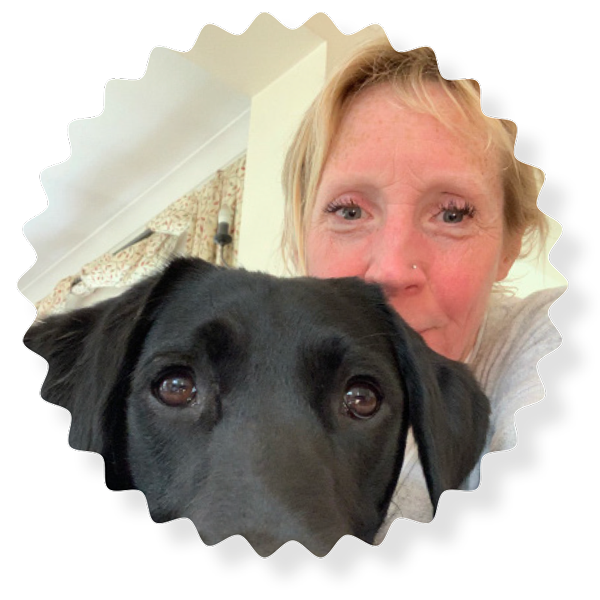 Not everybody feels they have the necessary training, skills or experience to go it alone. But if you have a passion for dogs and believe you can make your dog business a success, working with MyWaggyTails reduces the risks of wasting both your money and time doing the wrong things, by benefitting from our experience, creativity and success. We help provide you peace of mind. And we give you a pathway to keep growing your dog business.

We offer you a high earnings potential with low set-up costs and reduced risks by basing your business on an already successful and proven business model with the active support of the principals.

Are you ready for some numbers?